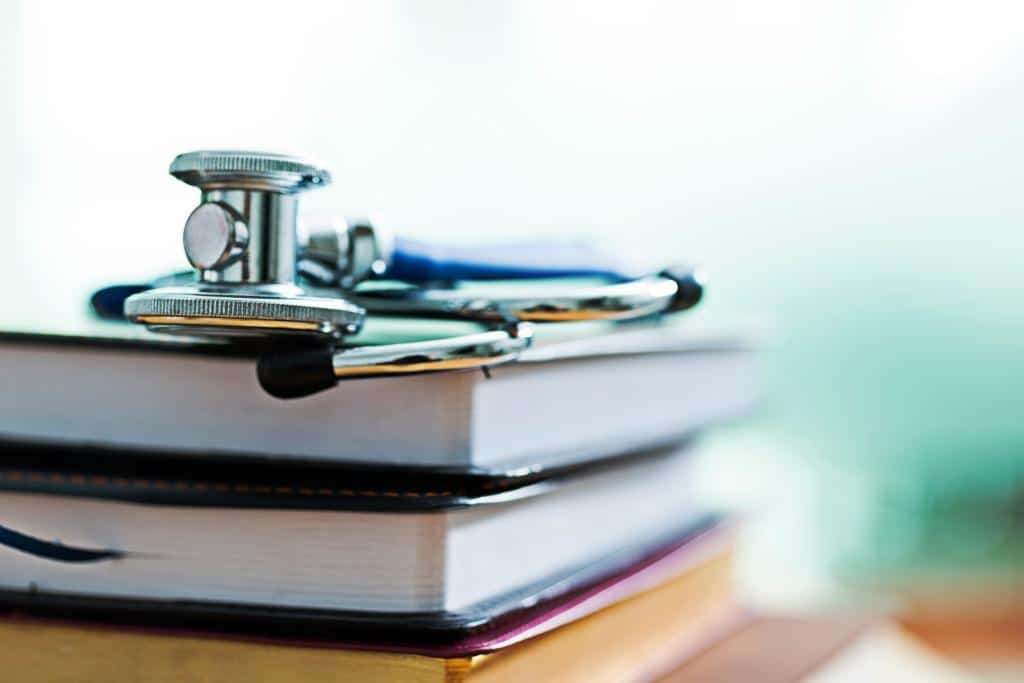 Q: When did you know you wanted to become a doctor?
A: I knew I wanted to become a doctor at least since before high school. I had grown up around the medical profession and I never really had any doubt that it was what I was going to do. At Notre Dame, there is a program where you can have an arts and letters major while still taking all the requisite pre-med courses so I actually graduated with a degree in history. But I always planned on going to medical school after graduation.

Q: Did you apply to medical school while you were an undergraduate student at Notre Dame? Why or why not?
A: I did not apply while I was an undergrad. My freshman year I joined the rowing team at Notre Dame and that along with my poor study habits I developed in high school really tanked my GPA for the first year. I turned it around but when the time came to start applying I had a discussion with my advisor and he suggested doing something to bring up my GPA a little bit. I applied for the first time the year after I graduated, the year I was in the Georgetown Special Master’s Program. I had a few interviews that cycle and actually an acceptance, but after seeing the school twice I could not see myself being happy there so I turned it down (a very hard decision). The next year I worked in a research laboratory at the University of Iowa (my top choice school) and applied again that cycle. I actually applied to fewer programs that time around (3: which looking back on it was ridiculously low), but I felt pretty confident in my application this time around and was accepted to Iowa, and waitlisted at another school.

Q: What post-baccalaureate programs did you apply for? How did you find these programs?
A: I applied for three post-bacc programs. I applied to the Georgetown Special Master’s Program, a two year masters of anatomy program at Creighton, and the Chicago Loyola Master’s program in medical physiology. I found Creighton’s and Georgetown’s programs on recommendations from my undergraduate advisor. I found Loyola’s program while researching programs similar to the ones my advisor had recommended.

Q: Why did you decide Georgetown? What aspects of the program were most important to you?
A: Going in I wanted a program that granted degrees at the end. Georgetown’s and Loyola’s programs are one year while Creighton’s program is two years. In the end I chose Georgetown because I thought it would be the most challenging environment and give me the best opportunity to prove that I could excel in a medical school setting. About half the coursework of the Georgetown Special Master’s Program is taken with the first-year medical students at Georgetown and those courses are graded against the medical school average. I thought if I could finish the year with good grades when compared to current medical students at Georgetown it would help bolster my application.

Q: How was the application process for a post-bacc program different than medical school? How did you prepare for your post-bacc interview?
A: The application process was fairly low stress compared to medical school. None of the programs I applied to required interviews. I had already taken the MCAT but most schools would accept either an MCAT or GRE. Most schools just required transcripts, test scores, a few essays similar to those you would end up writing for medical school anyway, and an application fee. The application windows for many of these programs are open later as well to accommodate for people who apply and are not accepted who might then want to apply to some kind of post-baccalaureate or graduate program.

Q: How did your post-bacc experience help you get into medical school?
A: I think first and foremost it allowed me to show that I could be competitive in a medical school curriculum. At the end of the day for me it came down to getting better grades than I had gotten at the beginning of undergrad and this program allowed me to do that while also coming out with a graduate degree. It also showed me the kind of work that was necessary to do well in a medical school environment. I was able to develop study habits for a medical school curriculum and learn a lot of the same information covered in most schools’ preclinical curriculum. I definitely brought this up in interview and essays and basically said that this made me more prepared to excel in medical school than the average applicant. That being said the program wasn’t the magic bullet for my application. Like I said, I didn’t get in the year I was in the program and I knew that research was an area of my application that was weaker. So after I graduated from Georgetown I applied for research jobs at the University of Iowa and worked in a research lab for a year. I think it’s important to understand the areas of your application that need work. If your grades are solid and the MCAT was no problem but you are short on volunteering, research, or clinical experience, a program like this may not be the most helpful to your application.
My experience didn’t just help me get into school though. By the time I got to medical school I had seen a lot of the information that we studied in the first year once or maybe twice before. This helped a lot of the information stick better and I found the first year of classes a lot easier than some of my classmates.

Q: Outside of medical school, what did some of your post-bacc classmates do after graduation?
A: The program was heavily geared towards sending students to medical school so the vast majority ended up doing that. However, some of them learned that med school wasn’t really what they wanted to do and they went in other directions. Some went into research instead and went on to graduate programs in biomedical research. Others stayed in the medical field but chose a different profession and went to school to become nurse practitioners or Pas. Some also went on to teach.

Q: If you could give one piece of advice to students looking to pursue a career in medicine, what would it be?
A: Be persistent. If this is your dream career and you know this is what you want to do there is a way to make it happen. Understand that it may not go as quickly as you like (I would have loved to get into school right out of undergrad like a lot of my classmates or get in after the Special Master’s Program), but in the end it’s worth it and the experiences you have had along the way will likely make you a better student and a better doctor. Know your application especially the parts that aren’t as strong. Working hard to remedy those can go a long way to getting you to the next step on your journey to becoming a doctor. Most of all have fun. A lot of my classmates always seemed so stressed about the next exam or assignment that they didn’t even seem to be having fun with what they are doing. A good work-life balance goes a long way toward making you a successful pre-med student, med student, or doctor.