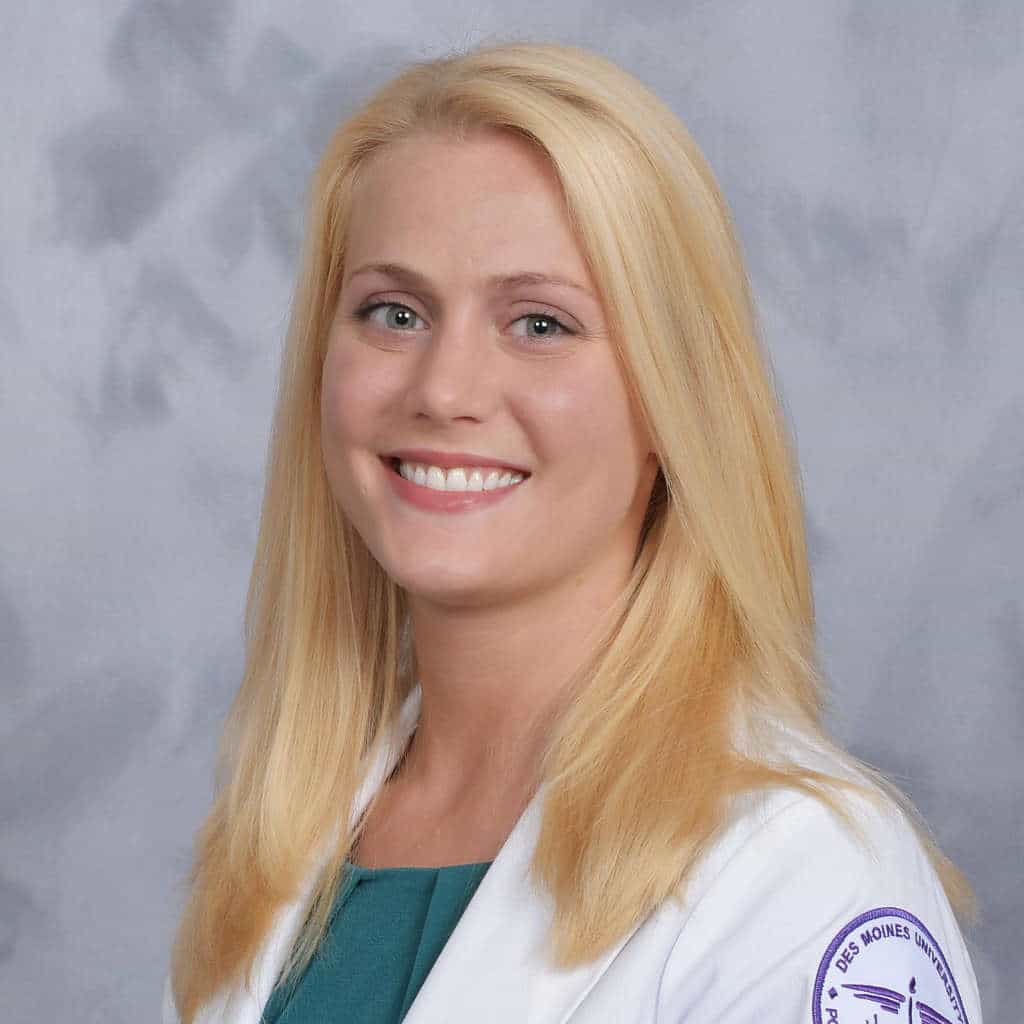 Although I didn’t complete a full post-bacc program, after finishing undergraduate, I took Physiology and Biochemistry courses at Michigan State University in late 2011-early 2012. My undergraduate degree was in psychology, so I only had the minimal number of science courses and was lacking many pre-requisites for medical school. The goal of completing post-bacc courses was to raise my science GPA and give myself time to boost my MCAT score. After completing these post-bacc courses, I applied and was accepted into Des Moines University’s Podiatric Medicine and Surgery program (DPM degree) where I attended from 2014 – 2018.

If someone wants to raise their GPA, add to their science portfolio, or find programs with clinical or research opportunities, pursuing a post-bacc program is extremely helpful.

Why I Chose to Take Post-Bacc Courses

During undergrad, I was torn between pursuing medicine or psychology and ended up receiving a bachelor’s in psychology. Although I loved my experience, I ultimately decided to study medicine and took post-bacc courses to complete outstanding pre-requisites. It also gave me the opportunity to figure out what type of medicine I wanted to pursue. After several discussions with advisors, medical students, and friends, I landed on podiatry as I was more comfortable with the expected work life balance in that profession.

If I had decided to switch into a DO or MD program, it would’ve been much easier after the DPM program. Des Moines University (and some other podiatry programs) function directly with DO or MD students, and students of both components take the exact same courses, exams, etc., so it would be easy to transfer into a DO or MD program.

I applied to all nine podiatry schools in the U.S. and received three interviews. I ultimately selected Des Moines University because of its strong reputation and my great experience while interviewing. I was particularly impressed by the faculty physicians, students, and other faculty that I met. The campus was also smaller, yielding more one-on-one support and services for students. Finally, I appreciated the exciting technology that was imbedded throughout the program and made available to students.

How I Experienced the Academic Side of My Post-Bacc

My experience with my post-bacc courses was that they were about as academically difficult as I expected. They prepared me well for applying to and performing well in podiatry school but did not help me as much with MCAT preparation as I would have liked. I didn’t participate in clinical or research experience from these courses but did gain some clinical work experience as taking only part-time coursework allowed me to have a job on the side.

Podiatry school was about as difficult as expected as well. The courses were about 75% the same as traditional medical school, with a focus beginning specifically on foot and ankle medicine beginning the second half of second year. The rotations were largely the same as well, with a well-rounded set of rotations in all medicine, but a few rotations focused specifically in podiatry. Coursework was not difficult to understand, but there was a lot of information that needed to be learned in short amounts of time. During podiatry school, I was a teaching assistant and participated in a few research projects, both of which greatly improved my resume for future jobs.

What Post-Bacc and Podiatry School Class Environments Were Like

Courses following undergrad still had a few hundred students per course, so there was no personal attention unless it was sought after. This of course varies by program. Some programs are much smaller (approximately 30 students) and provide students with more individual attention. I attempted to contact advisers for career direction advise but found them to be extremely difficult to get ahold of. One advisor, however, did recommend looking into podiatry school given my concern about work-life balance in medicine.

Podiatry programs range between 30-120 students at different programs. My program started with 53 students. Because it was a smaller program, it was very easy to get in touch with podiatry faculty and advisors. I found them all to be very friendly and helpful. The courses taken with the DO students at our school were much larger (approximately 200 DO students and 50 podiatry students) so it was slightly more difficult to contact these faculty members. If someone were to consider transferring from a DPM to DO/MD program, knowing the DO/MD doctors would be a huge advantage for getting into a program.

While I was taking post-bacc classes, I stayed near the campus, but not on. Since my program was part-time, it was easier to finance my program as I maintained a part-time job. The cost of living was affordable, largely driven by location (outside of East Lansing, MI where Michigan State University is located) and with the help of roommates! Podiatry school was financed through Stafford loans and turned out to cost about the same as an MD/DO program. I stayed directly across the street from school, which many other students did as well in a very affordable apartment (about $500/month)

Where My Career Has Taken Me

I just finished my first year of residency in podiatric medicine and surgery at Loyola University Medical Center in Chicago. Although I thoroughly enjoyed my first year of residency, I realized that I am driven to improve the healthcare system at a more macro-level (rather than through clinical medicine) and have decided to change career paths. I am now beginning work at Lumere in downtown Chicago. I review research on orthopedic products to determine which are most effective (including cost-efficient) for hospitals.

We often find that hospitals are using products that are not only more expensive, but less effective, than alternatives, and our aim is to improve this problem. The courses I took following undergrad helped me get into podiatry school, and without a DPM degree and completing the first residency year of clinical medicine, I don’t think I would have been able to successfully pursue this career.

The courses I took post-undergrad were extremely helpful to get into podiatry school. If someone wants to raise their GPA, add to their science portfolio, or find programs with clinical or research opportunities, pursuing a post-bacc program (or at least a few science courses) is extremely helpful.